John De Benedictis, a Research Fellow at the Richard M. Bohart Museum of Entomology, has been collecting moths twice a month at dusk in Cold Canyon since 1989.  I accompanied him for the first part of his visit on May 18.  John sets up a sheet across the path at the entrance to the Reserve, and sometimes a second sheet parallel to the path (and perpendicular to the first sheet), when accompanied by Greg Kareofelas, a Research Affiliate at the Bohart Museum.  John hangs a fluorescent light against the sheet, which transmits unfiltered UV light, a mixture of UV and white light. 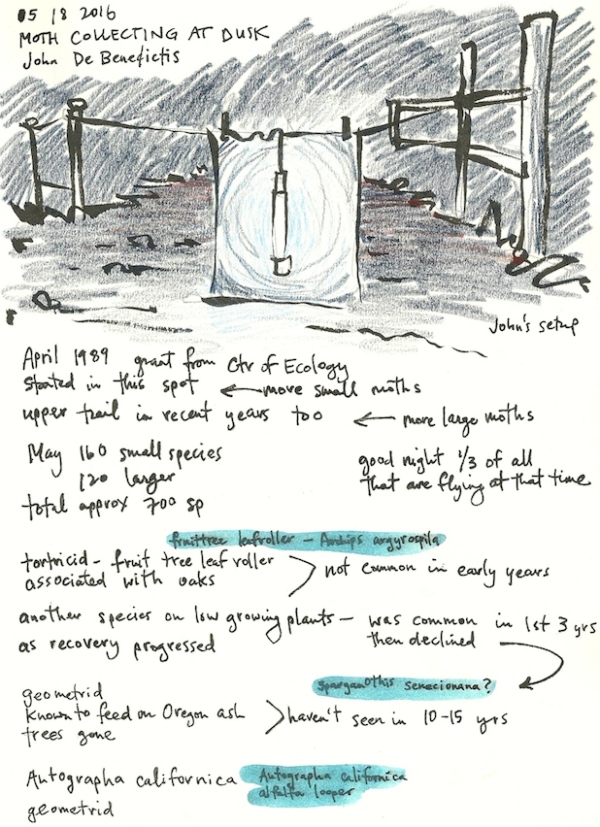 John collects the moths that land on the sheet for later identification.  John started his work in Cold Canyon three years after the last major wildfire and is watching closely to see how moth populations respond after the Wragg Fire.  May is the month in which he has recorded the most moth species over the years; on a good night, he collects about a third of the species known to fly at that time of year.  The numbers collected this May will be a good indication of how depleted the populations are after the fire. 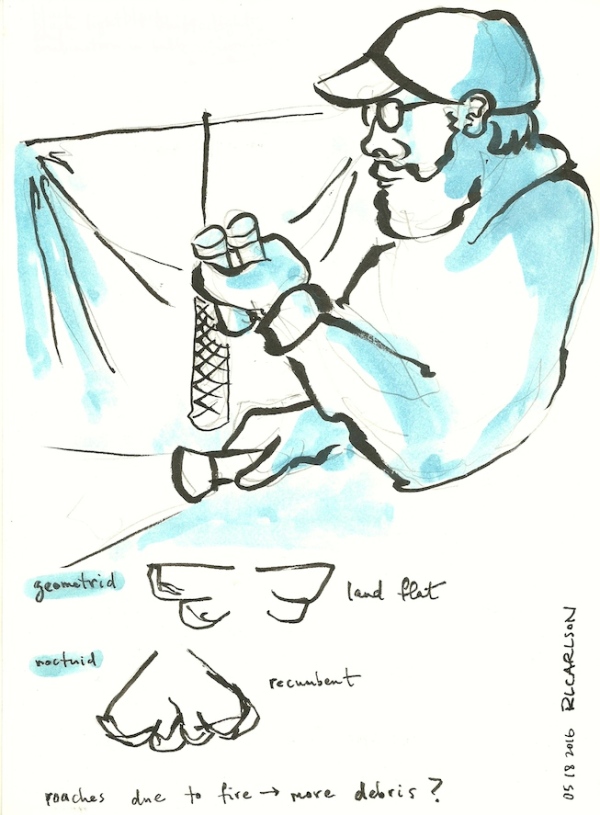 When John first started collecting in 1989, not long after the previous fire at the Reserve, he observed that Sparganothis senecionana was numerous.  S. senecionana is a tortricid that prefers to feed on low-growing plants.  Over time, as fire recovery progressed, the numbers of S. senecionana decreased, while those of Archips argyrospila, the fruit tree leafroller (also Tortricidae), increased.  A. argryrospila feeds on a number of plants including oaks, but seems more abundant in areas with oaks, and their numbers seem to have followed oak regrowth in the Reserve.  This pattern now appears to be repeating after the Wragg Fire: John has observed that Archips numbers are considerable lower since the fire, along with the numbers of other oak-associated moths, indicating that they have been hard-hit by the fire and the loss of oaks.